Jio ,a company which owned by Mr. Mukesh Ambani , started with the launching a Jio sim and JioFi . Jio attracted the users toward itself by launching its attractive offers like Jio Summer Surprise Offer But later that was stopped by TRAI. Then jio launched Jio Dhan Dhana Dhan Offer .But still jio was not stopped jio launched its own 4G enabled featured phone known as " India Ka Smartphone " and it was announced by the jio that delivery of jio featured phone will start at 21 September 2017 . And from 21 September 2017 jio featured phone will deliver to those customers who pre - booked jio phone . But now the news of disappointment is coming that delivery of jio phone not started from 21 September. The delivery date for jio phone postponed to 1 October 2017 . 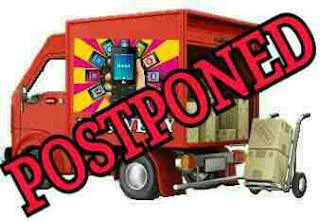 According to some reports earlier claimed that JioPhone would be delivered to consumers during Navratri. "Yes, the company had scheduled the phone delivery date for Navratri - to be precise - JioPhone delivery date was set for September 24, at least that's what we were informed earlier, but then now it has been delayed," a Jio-authorised retailer who is supposed to provide deliveries to JioPhone customers told India Today Tech.

With this disappointed news jio also provided two happy news . These news are jio is offering 25 GB additional data completely free . And also jio is providing 50 % discount on JioFi at the occasion of Dussehra . According to which you can buy JioFi at 999 Rs only instead of 1999 Rs .

China's state media has made a big claim that China may have managed to catch signs of life living on another planet. A report by China's sta…