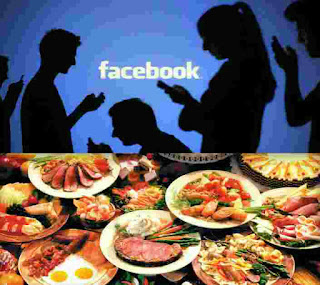 After a year ,  Now facebook officialy confirmed about the new feature to order the food. The new feature has been in testing phase since last year . This feature can be use by the all users using android , ios , desktop or laptop device around U.S. However still there are no confirmations about when how long time facebook will take to make this feature live for their users .There is still some work remaining to do which is necessary to link all these restaurant pages with the services they use to add food ordering feature.

Facebook has partnered with the restaurants which include national chains Chipotle, Five Guys, Jack in the Box, Papa John's, Wingstop, Panera, TGI Friday's, Denny's, El Pollo Loco, and Jimmy John's. Facebook has also signed with existing services GrubHub, Delivery.com, DoorDash, ChowNow, Zuppler, EatStreet, Slice, and Olo, and will now link out to those food ordering businesses for restaurants that support them.

Facebook users who want to use the food ordering and delivery feature , they need to go to the 'order food' section on Facebook's explore menu. On the order food section here facebook provide the list of local and chain eateries .Here facebook also provide the review and ratings of each restaurants which are available on the list for the users.The user can then select a 'pickup' or 'delivery' option, and start an order at a restaurant. If the restaurant a user wants to place an order from offers takeout or delivery with multiple services, the user can select which service they'd like to use. And if a user doesn't have an account with that service, they can sign up without leaving the Facebook app.

In a press release , Alex Himel ( Facebook’s VP of local ) said , “We've been testing this since last year, and after responding to feedback and adding more partners, we're rolling out everywhere in the US on iOS, Android and desktop . People already go to Facebook to browse restaurants and decide where to eat or where to order food, so we're making that easier.”

Facebook will not use "Order Food” feature as a direct revenue driver for Facebook. The company confirmed that it doesn’t charge any fees, or share in any portion of the profits from the orders placed via its social network.

GrubHub's shares had also dropped last month after Amazon Restaurants teamed up with Olo, whose network of restaurants includes Applebee's and Chipotle.