Bachelor Of Arts In Political Science :-

Bachelor Of Arts In Political Science is an undergraduate degree program in Arts and social science which deals with the study of systems of governments, and the analysis of political activities, political thoughts and political behaviour. It deals extensively with the theory and practice of politics which is commonly thought of as determining of the distribution of power and resources. A political sciences programme will help you better understand how governments operate and interact, the impact of government policies upon economic stability and growth, and how laws affect social and political change. Politics influences every aspect of our lives and contributes to the wellbeing of a nation, including education, employment, healthcare, housing. 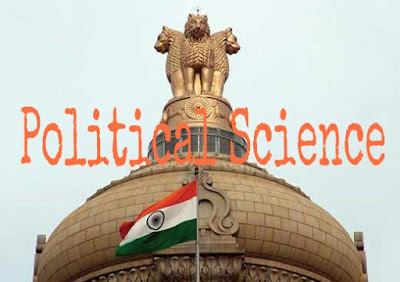 ◆    Those students who are interested in political science must persue 10 + 2 from a recognized board with any stream and must obtain  minimum 50 % marks .

Those students who applied for the Bachelor Of Arts In Political Science have to study the following subjects :-

After completion of Bachelor Of Arts In Political Science , students can chose one out of the following employment areas provided below based on their interest :-

Some Another Important Courses :-

Best wishes to you as you progress from one stage in life to another. While this can be a difficult time, the results that you will achieve are worth all of the hard work that you will put in!