Transfer Money Through Whatsapp To Friends After The Integration Of Whatsapp UPI . 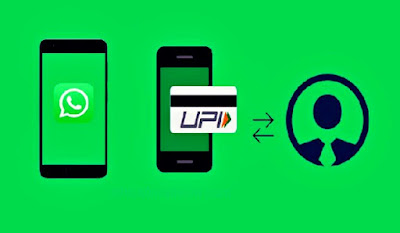 WhatsApp has instead chosen to adopt a homegrown product, and a UPI-driven platform will allow it to make payments through other personally-identifiable markers: Aadhaar numbers, account number/IFSC code and so on. It is yet unclear how the payment interface will be integrated into WhatsApp. UPI launched by the National Payments Corporation of India (NPCI) and regulated by the Reserve Bank of India RBI), UPI facilitates the instant fund transfer between two bank accounts on the mobile platform.WhatsApp has two options before it: in the manner of a PayTM, WhatsApp could fashion itself a digital wallet and link it to UPI addresses. But given this would necessitate an RBI license and would be a rather minimal use of the UPI interface, WhatsApp is likely to adopt UPI-driven payments in the same way as the BHIM (Bharat Interface for Money) app, and potentially process transactions from all manners of IDs: phone numbers, Facebook contacts, bank accounts or even Aadhaar numbers.

Also Read :-  What Is Unified Payment Interface (UPI) ? How It Work ?